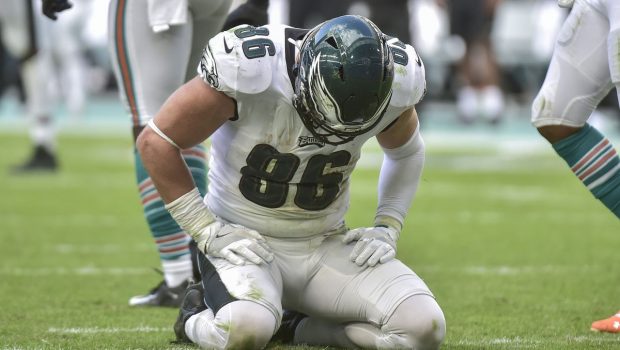 WHY NO NFC EAST TEAM, INCLUDING EAGLES, SHOULD MAKE PLAYOFFS!

NFL rules dictate that if a team wins its division it automatically qualifies for the playoffs.

This season’s NFC East should force a change in that set-up:

No NFC East team should be allowed to play in January.

It’s bad enough that they have played in December!

The NFC East went 1-3 this week, and it isn’t just the worst in the NFL this season, but one of the worst in NFL history.

Right now, the NFC East has a cumulative record of 16-32, for a .333 winning percentage. Here’s how the NFC East standings look:

However, this year’s NFC East has to get better because there are six more games within the division this season. Someone has to win those six games, so the worst the NFC East can finish is 22-42, a tie with the 2008 NFC West.

The most amazing thing about this year’s NFC East is that Washington, at 3-9, is still not out of contention. There’s still a chance that Washington could finish 7-9 while Dallas and Philly both go 6-10 and the Giants are even worse, and we could see a playoff game in Washington in January. Not likely. But possible. Thanks to a brutally bad NFC East.