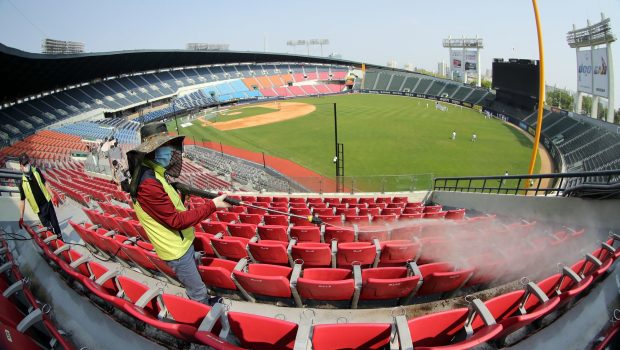 HOW THE CORONAVIRUS COULD KILL MAJOR LEAGUE BASEBALL!

If baseball does not return until the 2021 season, the gap between games would be twice as long as the eight-and-a-half-month absence during the strike that canceled the World Series in 1994.

Teams averaged 31,256 fans per game before the strike and did not reach that level again for 12 years.

People found other ways to spend on entertainment.

Yet the players and team owners appear headed for another labor impasse that could scuttle what might remain of the 2020 season.

The league wants to split any revenue 50-50 with the players’ union, which views the idea as akin to a salary cap — the sticking point in the 1994 strike.

Unlike their counterparts in other major sports, baseball players have resisted firm limits on team payrolls. They seem as committed as ever to that principle at a time when returning to the game could endanger their health.

The sides agreed in March to “discuss in good faith the economic feasibility of playing games in the absence of spectators” because of the coronavirus pandemic, but so far the league has not made a formal economic proposal.