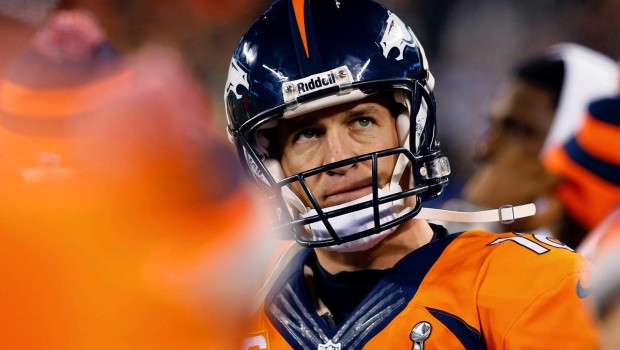 MANNING AND BRONCOS HAVE ALMOST NO CHANCE IN SUPER BOWL!

Okay, let’s all agree that 39-year-old Peyton Manning in the Super Bowl for his fourth chance at a ring is a story-book ending to this crazy NFL season.

If history is any guide (and it usually is), Manning’s team, the Denver Broncos have almost no chance to beat the Carolina Panthers.

In their seven Super Bowl outings, the Wall Street Journal has pointed out, Denver’s games have produced a whopping average margin of victory of 24.3 points. That’s nearly two touchdowns worse than the 12.6 average winning margin in all the other championship deciders. Of the 10 teams that have played in at least five Super Bowls, only the Raiders at 22 points come close to Denver in serving up such boredom on Super Bowl Sunday.

Just two years ago, the Broncos served up their latest Super Bowl stinker, losing 43-8 to the Seahawks in a game that had been hotly anticipated as a matchup between Denver’s No. 1 offense led by Peyton Manning, against Seattle’s No. 1 defense. That rout brought back memories of John Elway’s Super Bowl struggles in the 1980s when Denver lost games by 19, 32 and 45 points, including the worst-ever 55-10 loss to the 49ers in Super Bowl XXIV.

It’s not merely the fact that the Broncos are playing that trouble those hoping for a barnburner. The Carolina Panthers opened as a four-point favorite. In 17 Super Bowls featuring a favorite between 3 and 6 points, the average margin of victory has been 14.6 points, or more than two touchdowns, according to Spreadapedia. That includes the Broncos’ 42-10 loss to the Redskins in Super Bowl XXII. 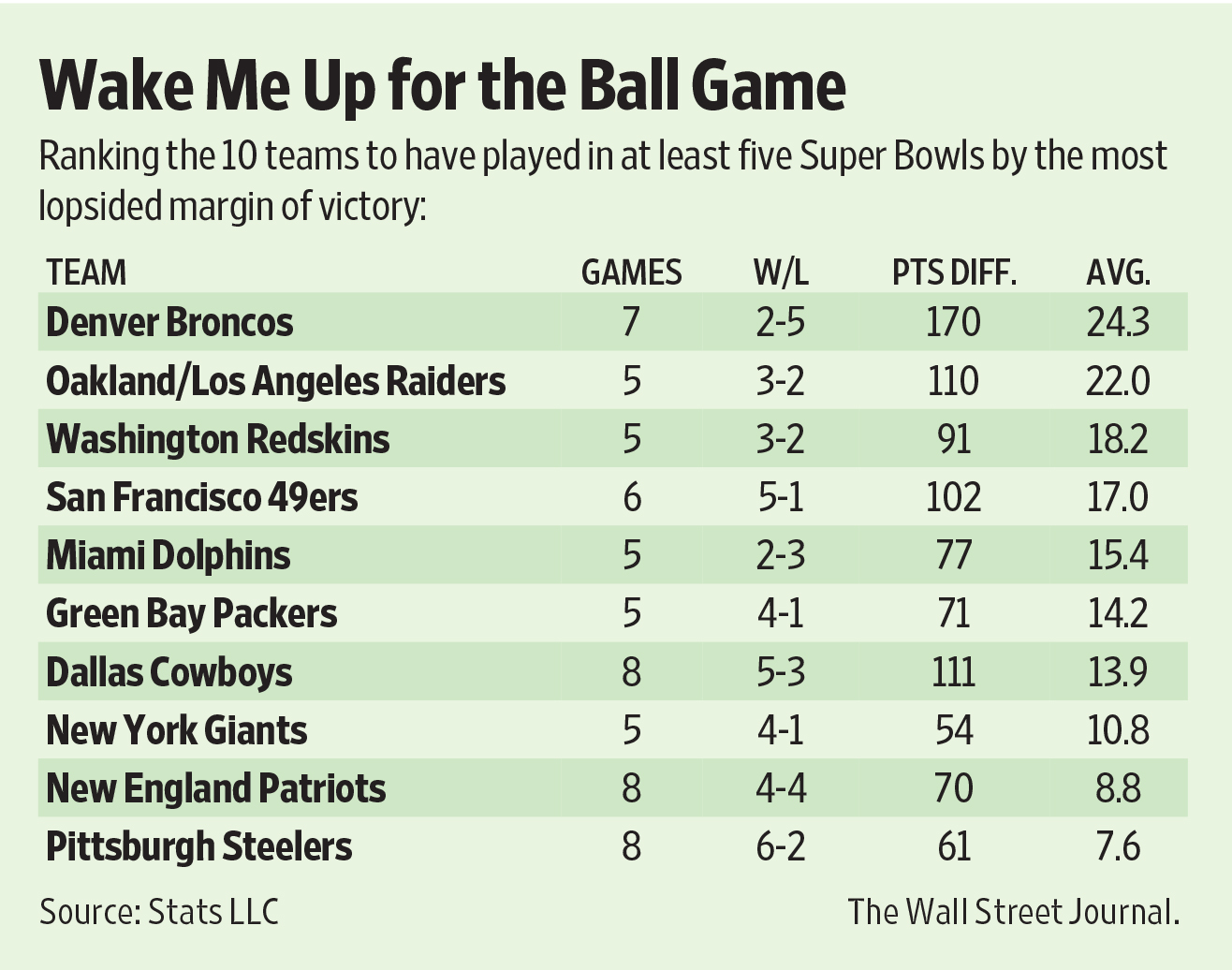 EAGLES OPEN AS 7-HOME-FAVE VS JAGS AND DOUGIE P ON OCT 2!