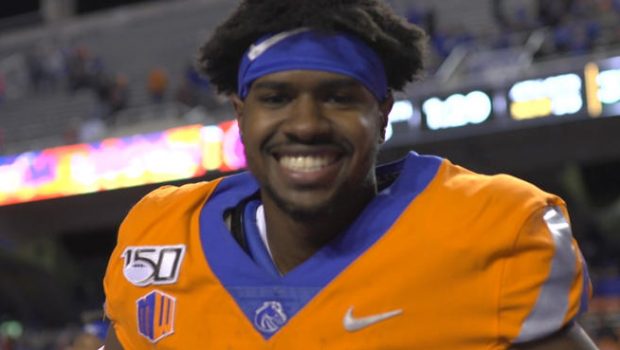 WHY JOHN HIGHTOWER MAY BE SLEEPER IN EAGLES DRAFT!

A glaring lack of speed played a part in hamstringing the Eagles’ offense in 2019, so GM Howie Roseman went all out in ensuring his team is more than just one DeSean Jackson injury away from crumbling again next season.

Philly went for speed, speed, and more speed last weekend, selecting TCU’s Jalen Reagor (the winner of PFF’s Best Deep Threat award) in the first round before adding Boise State’s Hightower (one of two honorable mentions) in the fifth. (They also grabbed Quez Watkins, who ran 4.35-second 40-yard dash at the combine, in the sixth.)

Hightower doesn’t come with nearly as much hype as Reagor, but has the chance to carve out a role on the outside early in his career.

The former Bronco ran a 4.43-second 40 at the combine and has notched an average depth of target of 17.7 yards in the past two seasons combined, third most among all draft-eligible WRs. Hightower caught 51 passes for 943 yards and eight touchdowns in 2019, averaging 18.5 yards per catch, and contributed as an end-around and sweep weapon, notching 154 yards on 16 totes.

He combines scintillating acceleration with top-end runaway speed and plenty of length.

While he’ll start his career firmly behind Jackson, Alshon Jeffery, and Reagor, injuries could quickly push him into action.