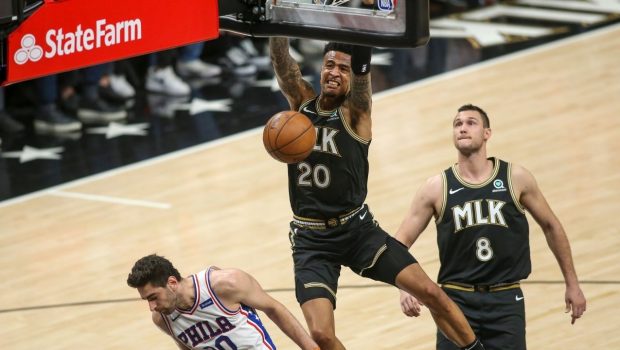 “John is a valuable player,” Fields said. “This isn’t one of those, ‘We have to get off of John.’ That’s absurd. There’s a misinterpretation of that.”

Fields said that because Collins’ name comes up in trade talks frequently, the public assumes that Atlanta is eager to part with him, but that it’s “often” other teams reaching out to inquire about him.

He stopped short of endorsing Collins as a long-term building block, instead saying things like, “[Collins] is the ultimate professional.” Despite Fields’ protestations, it wouldn’t be shocking to see him moved this season.