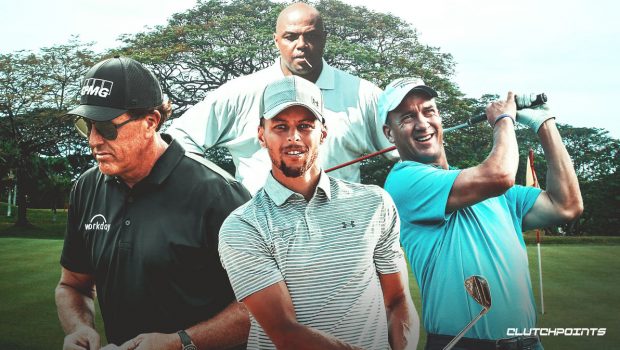 Former President Donald Trump will tee it up alongside Dustin Johnson and Bryson DeChambeau in the first group out at 10 a.m. ET.

Barkley, an 11-time NBA All-Star and current TNT analyst, has been flirting with the idea of joining the Greg Norman-led and Saudi Arabia-backed series as a broadcaster over the last few weeks.

“When I leave New Jersey Thursday night, when I leave the golf course, if I don’t have an offer in hand, it’s over.”

Last week Barkley met with Norman for dinner in Atlanta to discuss what his role would be with LIV.

The series, funded by Saudi Arabia’s Public Investment Fund, has long been criticized as a way for the Kingdom to sportswash its human rights record. Saudi Arabia has been accused of wide-ranging human rights abuses, including politically motivated killings, torture, forced disappearances and inhumane treatment of prisoners. And members of the royal family and Saudi government were accused of involvement in the murder of Jamal Khashoggi, a Saudi journalist and Washington Post columnist.