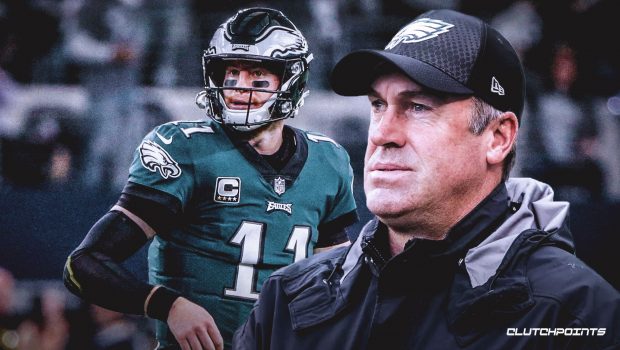 WHY IS EAGLES OWNER JEFF LURIE SO CONTENT WITH MEDIOCRITY?

If yesterday’s ESPN reports are true, Doug Pederson has dodged a bullet and will be back as Eagles coach next season.

But that’s only because owner Jeff Lurie is a lot more patient with mediocrity than Eagles fans are.

Andy Reid got one more season.

So did Ray Rhodes.

But it has also been a long time since Lurie has been forced to sit through such a humiliating season.

A 20-point loss to the Cowboys with a division title there for the taking is likely to exacerbate the sour taste this season will leave in his mouth.

There are no easy decisions. No doubt, Lurie is fond of Howie Roseman and Pederson. Just as there is risk in trading Carson Wentz and watching him excel elsewhere, so too could Roseman or Pederson flourish with another team. Finding the right replacement for either would be difficult. The Eagles have been one of the league’s most stable organizations, and there is value in continuity and culture. But that alone can’t satisfy the thirst for victory.