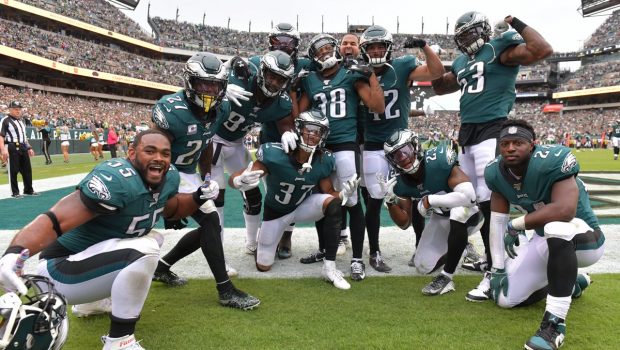 Last Sunday afternoon at the Linc the Eagles thrashed the awful NY Jets 31-6.

And it’s amazing how much criticism they’re getting.

I still can’t figure that one out — style points, not scoring 65 versus a completely mismatched opponent?

Going up 7-0 in the 1st quarter scoring a Jordan Howard TD run, the feeling the game was over then was legit.

LB Nate Gerry’s 51-yard interception return gave the Birds all they would need against the Jets offense, led by someone named Luke Falk. New York possibly had the worst offensive performance in the last 20 years, they looked that bad. Eagle defenders sacked Falk 10 times.

The Jets couldn’t block, run the football, pass it, there’s not much left to be bad at on the football field.

The only bad news on a day that went totally the Eagles way, including Green Bay beating the Cowboys to give the Birds a piece of first place in the NFC East, was 36-year-old running back Darren Sproles suffered a quadriceps strain, which leaves them one RB short.

The schedule gets beefy now with 3 straight road games, starting off at Minnesota Vikings, next Sunday October 13, 1pm/Fox