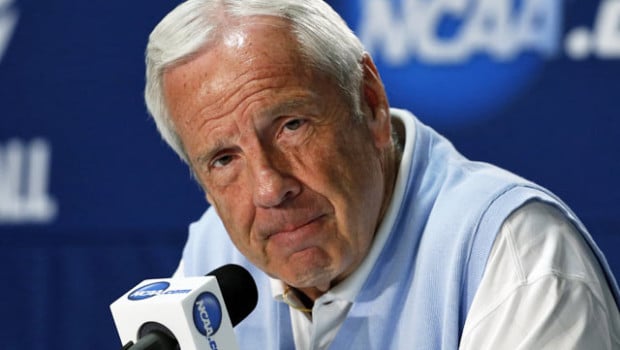 WHY IS CAROLINA COACH ROY WILLIAMS SO THIN-SKINNED?

He responded to questions about the ongoing investigation into North Carolina’s academic fraud, that “for two and a half years, I’ve been asked about the other stuff. I’ve answered it the same way every year,” he said. “In today’s times, why do I have to repeat the same thing?”

Why is North Carolina coach Roy Williams so damned thin-skinned?

“Don’t ask me that stupid question, either,” Williams said.

Williams later reacted cantankerously to a question related to Carolina’s rotations during the season and jumped on the news media for being overly critical of the team and his coaching.

His sharp rebukes of the news media felt somewhat out of character for the typically genteel and folksy Williams, who did not seem to be enjoying his eighth Final Four appearance.

On the eve of the title game, Williams softened his tone but defended his request to stifle questions about retirement.

“In today’s time of social media, why in the dickens can’t people get that information without feeling like they have to ask it themselves?” Williams said.