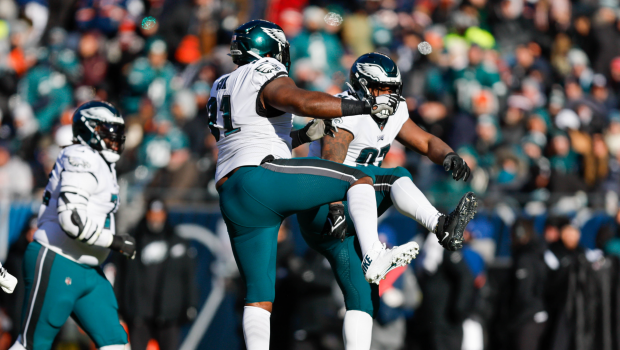 WHY EAGLES WILL WIN AND COVER THE 5: CAESARS FREE BETS!

And it looks like Jalen Hurts won’t start at QB against the Cowboys Saturday night because of a shoulder injured in last week’s win over the Bears.

So Gardner Minshew will take the snaps:

Even before the news of the Hurts injury, the Cowboys opened as 1 1/2-point favorites, which essentially meant the teams were considered even but Dallas had home-field advantage.

These teams match up extremely well, and if Hurts had been healthy this game, it most likely would have been a blockbuster.

With Hurts out, it may come down to whose defense is better.

The Eagles have the edge there, since Dallas has some cluster injuries on defense, and the Eagles have one of the best offensive lines in the league.