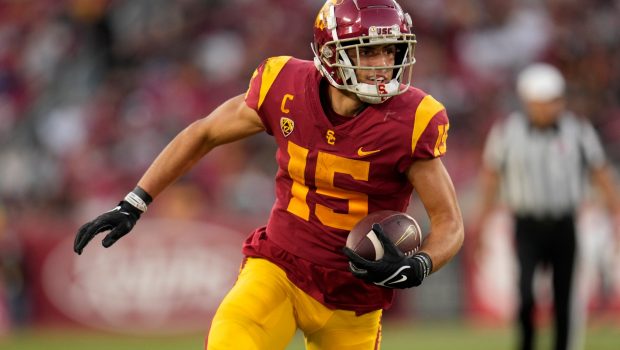 The NFL draft is just 13 nights away, and Eagles fans are salivating because they have the 15th and 18th picks in the first round.

Here’s a mock by USA TODAY to contemplate:

Yes, this would mean a first-round wideout for a third straight year in Philly.

But at 6-4, 219 pounds, London would bring a different element to a Smurf-ish group that hasn’t gotten enough from holdovers like Jalen Reagor or 2019 second-round bust J.J. Arcega-Whiteside.

London’s size would also be a plus for sometimes scattershot QB Jalen Hurts, who could use a Mike Evans-type target.

London had 88 catches for 1,084 yards and seven scores in eight games in 2021 before a broken ankle cut his season short.