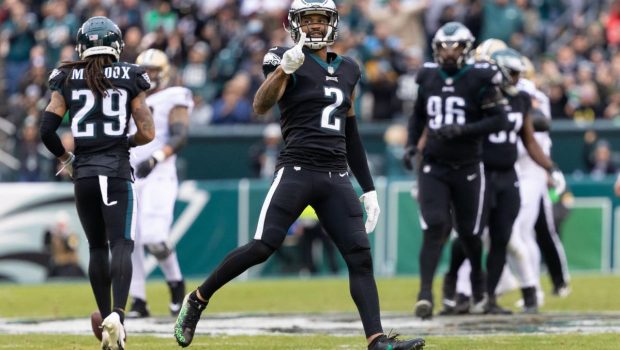 WHY EAGLES WILL BEAT THE GIANTS — YES, FOR 3RD TIME IN A SEASON!

The Eagles will take the field against the Giants Saturday night for the Divisional Playoff game.

The Birds are favored by 7 1/2 points for a good reason.

They won the most games this season, 14 a franchise record.

QB Jalen Hurts was an MVP candidate most of the season.

And the Eagles come in healthy after a week off — only CB Avonte Maddox will miss the game with a toe injury.

The Giants beat a Viking team last week to advance in this round, a nice win in hostile territory for Big Blue. But the Eagles defense is much more formidable, leading the league with 70 QB sacks this season.

It will be much tougher facing the Eagles defense this week than the Vikes last week.

Beating a division rival three times in a season has also been a hot topic of conversation this week.

Fact is the better team at home wins that third game 70% of the time.

The Eagles will need their “A” game to advance to the NFC title game and appear more than capable of winning and moving on.