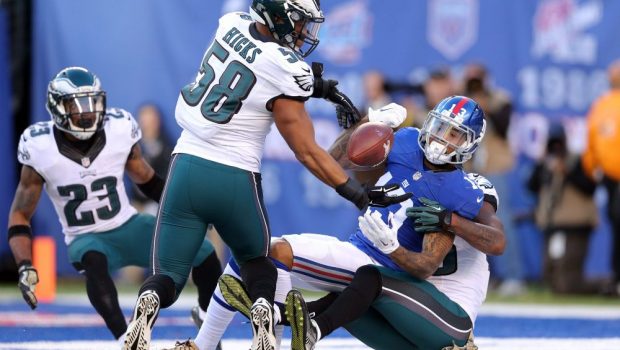 WHY EAGLES SHOULD SIGN LB JORDAN HICKS, CUT BY CARDS!

And the Eagles should call his agent today.

He spent the first four seasons of his career with the Eagles, who selected him in the third round of the 2015 draft. He missed 21 regular-season games due to a variety of injuries during his time with the Eagles but didn’t miss a game (all starts) in three seasons with the Cardinals.

Hicks, 29, played at a high level last season, registering 116 tackles and four sacks, but the Cardinals are making the move to give fellow inside linebacker Zaven Collins, drafted in the first round last year, more playing time.

By getting released now, Hicks will be able to sign with another team before free agency officially begins next week. The move will save the Cardinals $6.5 million on their salary cap but also will leave $3 million in dead money on their books.

Hicks signed with the Cardinals in 2019 and posted more than 100 tackles in all three seasons with Arizona, including a career-best 150 his first year there.