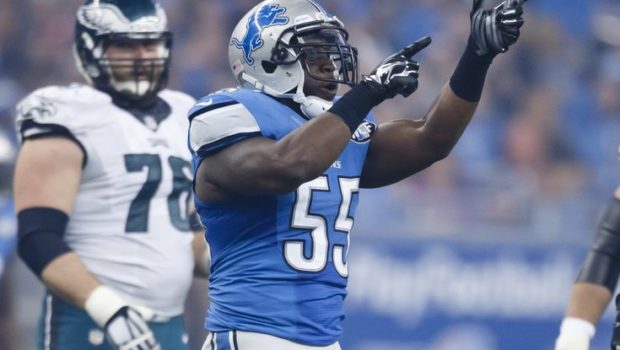 WHY EAGLES SHOULD PULL THE TRIGGER AND SIGN LB STEPHEN TULLOCH

There are only 21 days before the Eagles open training camp in South Philly, which means they have only three weeks to pull the trigger on linebacker Stephen Tulloch.

They have little depth at linebacker behind a passable starting group of Mychal Kendricks, Jordan Hicks and Nigel Bradham, so Tulloch would be a good insurance policy, if not a replacement.

There’s also the familiarity that comes with playing for Eagles defensive coordinator Jim Schwartz. When Schwartz was coaching the Lions, Tulloch topped 100 tackles each season, so there’s some top-of-mind awareness.

Of course, the biggest factor might be Tulloch’s health. He was recovering from arthroscopic ankle surgery, which was stated as the reason the Lions held onto him so long when it was clear he was surplus to requirements.

If he’s healthy, he could be a clear help to the Eagles defense, and they haven’t been shy about bringing in new guys this offseason.