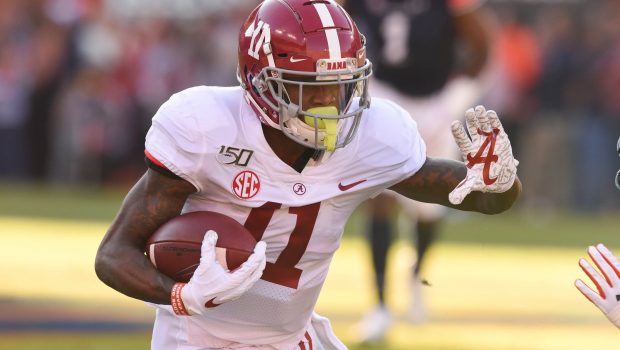 Some sports books have started taking bets on the player who will run the fastest 40-yard dash, and the favorite is Alabama wide receiver Henry Ruggs III.

Ruggs is a deep threat who had 40 catches for 746 yards last season, an average of 18.6 yards per catch. Ruggs has also returned punts and kickoffs, and he had a 75-yard touchdown run last season as well.

Multiple Alabama teammates have predicted that Ruggs will run the 40 faster than 4.3 seconds, and Alabama cornerback Trevon Diggs even picked Ruggs to run it in 4.19 seconds, which would be the fastest ever.