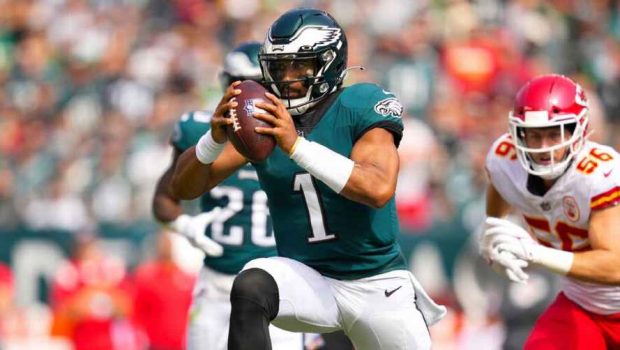 WHY EAGLES SHOULD CALL HURTS RUN NUMBER ALL NIGHT VS. BUCS!

Jalen Hurts helped the Eagles snap a three-game skid on Sunday and made franchise history, joining Randall Cunnigham as the only other Eagles QB to have multiple two-touchdown performances as a runner.

As a runner, the second-year star carried the ball 9 times for 30-yards and the two touchdowns.

.@eagles at @JalenHurts is too good of a runner NOT to call his number. When they finally did in the 4th Q he took over the game. With the ? in his hands their “red zone woes” disappeared. #BaldysBreakdowns pic.twitter.com/Ne5uGz12pb