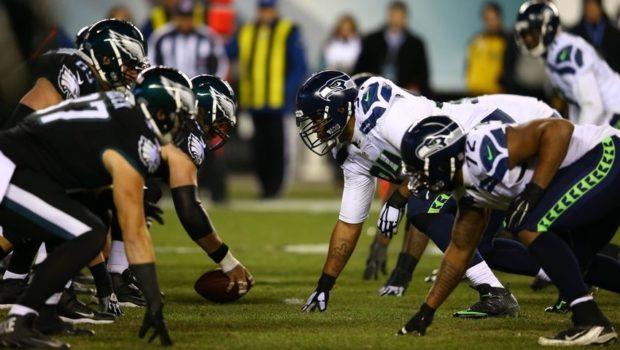 EAGLES-HAWKS NOV. 24 GAME MIGHT NOT BE READY FOR PRIME TIME!

It’s Eagles bye week, which means they don’t play for another 13 days — the Pats come to town to play at 4:25 pm at the Linc.

And the following week the Seahawks come in for another vital NFC playoff-deciding match-up.

Most of the country, for a late game, will get Dallas at New England, one of the sexiest matchups of the year. Ratings gold. The other late FOX game that day—maybe 15 or 20 percent of the country would get it—is Green Bay at San Francisco. That also might be the most important game, with playoff implications out the wazoo (what is a wazoo, anyway?), of the second half of the season.

Imagine, 13 days before the game, the NFL having to make a choice of games here.

Imagine passing on Russell Wilson and Carson Wentz at one of the craziest (and great for TV) venues in football. But when the NFL has to make this call on Nov. 11, San Francisco and Green Bay, combined, could have one loss. How does the league not move to Packers-Niners?