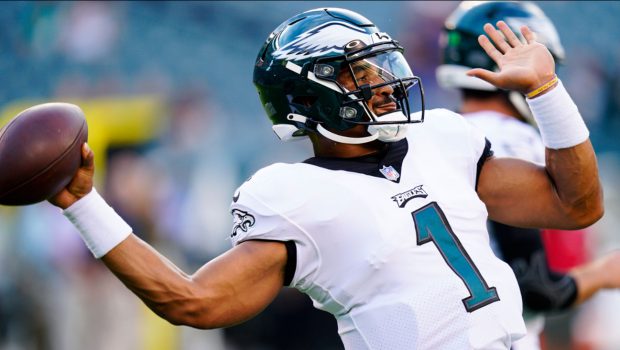 WHY EAGLES QB JALEN HURTS IS A SURE FANTASY PICK VS. FALCONS!

The whole world is waiting to see how well Eagles quarterback Jalen Hurts does Sunday against the Falcons with lots weapons to throw to and an offensive line that can protect him.

Hurts will be in a dome, projected to be chasing the score, against a pretty bad Falcons defense.

If anything, I’m not sure the over/under of 48 is high enough in this one.

If he comes close to that this week he may win someone a million dollars.