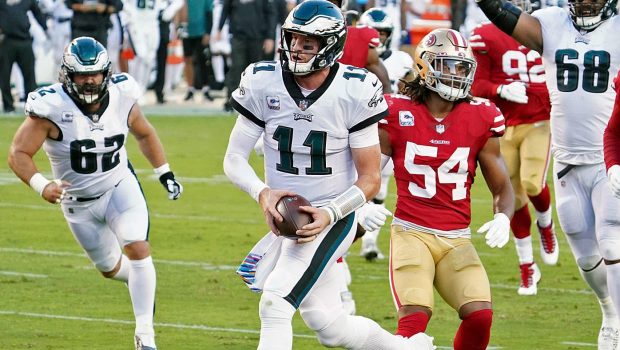 But he managed to account for 230 yards despite the following:

3. Three starting offensive linemen (two Pro Bowlers) are out, and a fourth (Pro Bowl right tackle Lane Johnson) left the game for a while.

Stealing a win in San Francisco under these conditions, to rise to an NFC East-leading 1-2-1, is borderline miraculous for the fifth-year passer.