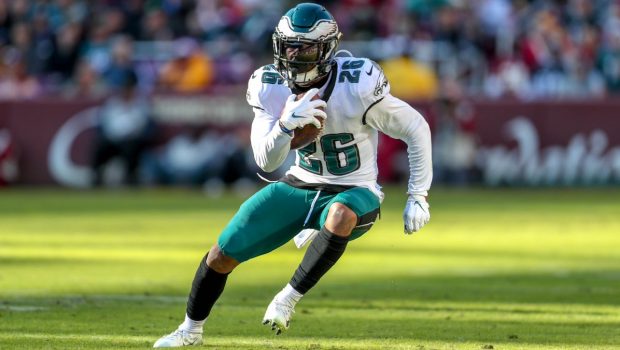 WHY EAGLES MILES SANDERS WILL BE A WORKHORSE BACK IN 2020!

The Eagles drafted Miles Sanders with the No. 53 overall pick in the 2019 NFL draft. The former stud Penn State RB was widely considered one of the more talented backs in the class thanks to both his productive collegiate career and gaudy athletic profile:

Sanders more than met expectations as a rookie, racking up 1,327 yards from scrimmage and six touchdowns despite splitting plenty of work with early-drown grinder Jordan Howard.

Now the backfield is seemingly the Sanders show after 1) Jordan Howard took his talents to Miami and 2) Philly declined to draft a RB.

Still, coach Doug Pederson has never made a habit of enabling a three-down back, and we have a limited sample size of Sanders in this true bell-cow role.