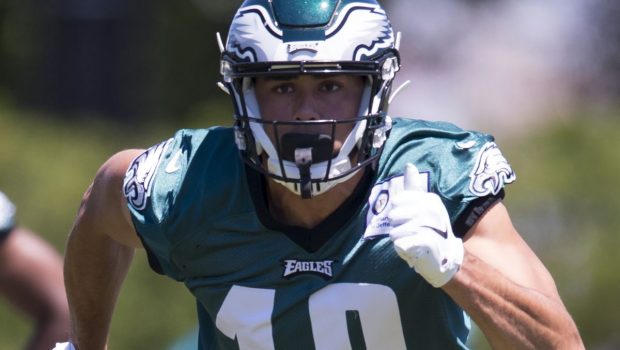 WHY EAGLES MAY BE SAYING BUH-BYE TO J. J. AFTER TRAINING CAMP!

It would be very early for the Eagles to give up on J. J. Arcega-Whiteside after spending a second-round pick on him last year.

But they early returns were minimal in his rookie season.

Alshon Jeffery could miss the start of the year due to injury, though that won’t save Arcega-Whiteside’s roster spot if he doesn’t show immediate improvement.