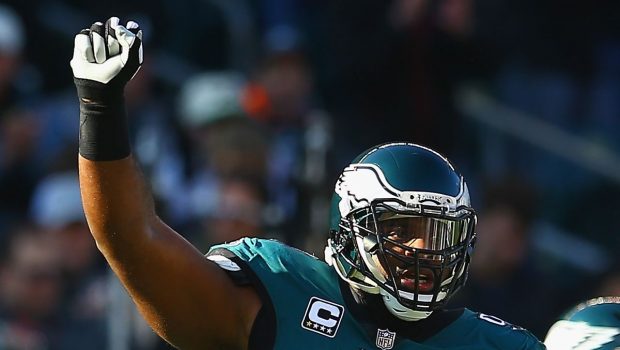 WHY EAGLES FLETCH COX IS THE 4TH-BEST PLAYER IN THE NFL!

It’s a shame that Cox plays in the same league as Aaron Donald; he’d be the unanimous decision for top defensive interior if it weren’t for the Rams superstar.

Cox’s pass-rush win rate in 2018 (20.9%) is the fourth-best single-season mark of any defensive interior in the PFF era.

And his 91.2 pass-rush grade this past season, another career-high for the big man, also ranks inside the top 10 among qualifiers since 2006.

From PFF’s Austin Gayle in his latest feature on Cox comparing him and Donald:

“Among the 125 interior defensive linemen with 500 or more pass-rush snaps since 2015, Donald ranks first in pass-rush grade (95.9), total pressures (375) and pass-rush win percentage (22.1%). Cox ranks second behind Donald in all three metrics.