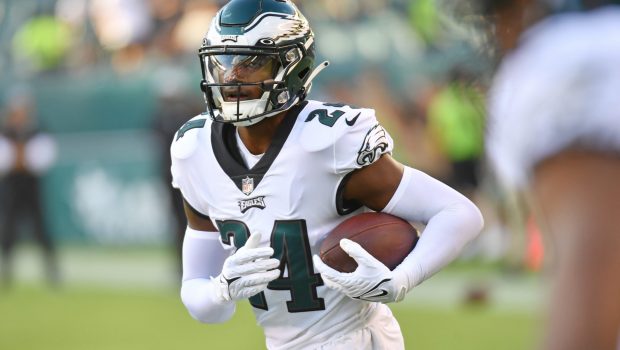 WHY EAGLES DEFENSE HAS TO BE MORE AGGRESSIVE THIS SEASON

Jonathan Gannon is starting his second season as Eagles defensive coordinator after having gotten a slew of offseason interviews for head coaching jobs.

The knock on Gannon was and is that he is too passive.

Last season, the Eagles had the second-fewest blitzes (122) and, with his safeties often playing ultra-deep, allowed quarterbacks to complete 69.4% of their throws, tied for the highest mark in the league.

Gannon didn’t have all the pieces he needed in Year 1 to fit his hybrid scheme — but it was largely about philosophy. He’s a big believer that limiting explosive plays leads to wins, so he avoided calls that might lead to a big gainer over the top.

Asked what improvements he’d like to see in Year 2 from his defense, Gannon said: “Probably take the ball away a little bit more, affect the quarterback a little bit more and be consistent.”

“I think letting them play a little bit more, and not to say that we didn’t let them play last year, but I told those guys, we have to problem-solve and you guys have to think on your feet and get me out of trouble when a call is not ideal,” Gannon said. “That’s what I think that our defense, the guys that we have right now have shown that through camp, and I just honestly trust the whole room a little bit better.”