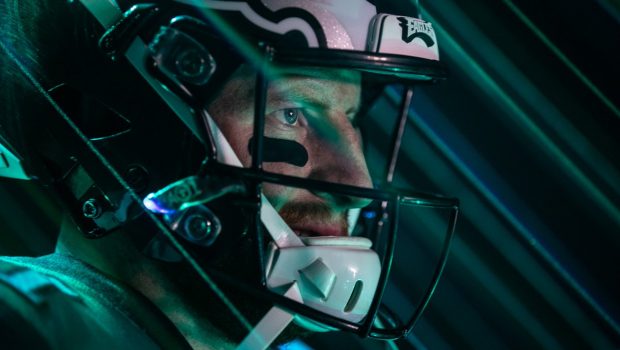 WHY EAGLES CARSON WENTZ WILL EXPLODE IN MIAMI AND FANTASY!

Eagles quarterback Carson Wentz has been a huge disappointment this season on the field and in fantasy.

He is the overall QB22 in fantasy points per game, 21st in completion percentage, and 30th in yards per attempt.

The Eagles have zero vertical passing game without DeSean Jackson. Alshon Jeffery can barely move anymore, and Nelson Agholor is a running joke among Philly fans. JJ Arcega-Whiteside can’t seem to get on the field. Zach Ertz and Dallas Goedert have been good, but neither stretches the field and are more extensions of the running game.

However, Jeffery (ankle) and Agholor (knee) are expected back from injuries this week. And the Dolphins present possibly the easiest matchup of the season for Wentz.

Miami is dead last in pass-defense DVOA and dead last in adjusted sack rate. They’ve placed No. 1 CB Xavien Howard and both starting safeties Reshad Jones and Bobby McCain on injured reserve in recent weeks. The Dolphins are 22nd in passing yards allowed per game, 20th in opponent completion rate, 26th in opponent yards per attempt, 31st in touchdowns allowed, 31st in opponent passer rating, and 29th in fantasy points yielded to quarterbacks.

Baker Mayfield tossed three first-half touchdowns last Sunday, finishing with 327 yards as the overall QB6. Josh Allen put the QB1 day on the board in Week 11 in Miami.

Wentz doesn’t have a 300-yard outing since Week 6 and has five straight one-touchdown games. His supporting cast has just been decimated, but there’s enough meat on the bone here to go back to Wentz as a streamer. The Eagles’ implied team total of 27 points is the third-highest on the board.