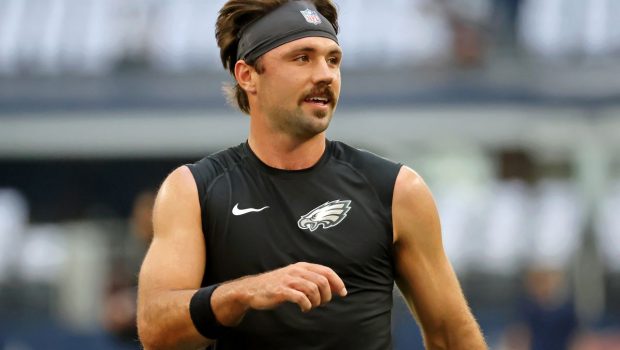 EAGLES BACK-UP QB MINSHEW WILL HAVE THE LAST LAUGH VS JETS!

The Eagles will start Gardner Minshew at quarterback today against the New York Jets while usual starting quarterback Jalen Hurts recovers from an ankle sprain, according to longtime Eagles reporter Derrick Gunn.

Hurts’ ankle was stepped on in the second half of their 13-7 loss to the New York Giants last week. He played through the rest of the game, but was seen limping and clearly in pain by the end. Hurts finished the day throwing 14-of-31 for 129 yards with three interceptions, marking one of the worst games of his career.

Hurts was limited in practice most of the week, but insisted that he would be “ready to go.” Coach Nick Sirianni, however, said they weren’t willing to rush anything.

“If Jalen isn’t ready to go, he’s not ready to go,” Sirianni said Friday. “I don’t want to say [there are necessary benchmarks for Hurts to check]. I’ve got to listen to the doctors in charge and their expertise. If he’s ready to go, he’ll play.”

So with Hurts apparently not back to full strength, the Eagles will turn to Minshew.

Minshew has thrown two passes for the Eagles this season, which came at the end of their Week 8 blowout win against the Detroit Lions. He spent his first two seasons in the league with the Jacksonville Jaguars before they traded him to Philadelphia this season. The 25-year-old threw for 2,259 yards and 16 touchdowns in eight games for the Jaguars last season.

“I feel confident with both [Hurts and Minshew] … with the way they’ve prepared all week,” Sirianni said Friday, via the Philadelphia Inquirer.

The good news for both Hurts and Sirianni is that after they take on the Jets — where they’re currently listed as a -5.5 favorite on BetMGM — they are set to enter their bye week, which should give Hurts ample time to recover fully before the final stretch of the season.