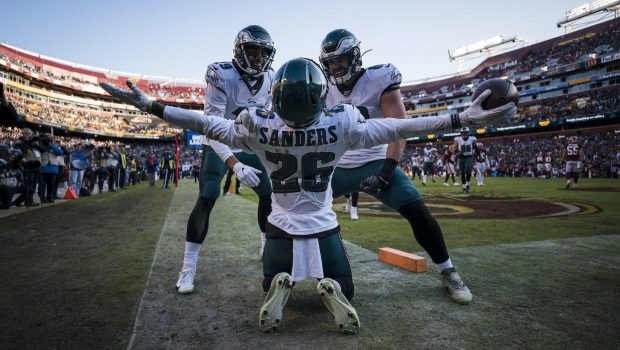 Eagles running backs have been playing behind one of the best run-blocking lines in the league over the past few years, and last season was no different.

Rookie second-rounder Miles Sanders took advantage to the tune of 4.5 yards per carry, though two fumbles and two botched mesh-point handoffs hurt his overall grade from Pro Football Focus. Sanders adds a strong receiving element, too, as he graded at 74.7 while averaging 10.2 yards per reception last season.

Backup Boston Scott finally had a chance to show off the skills that made him so difficult to tackle when coming out of Louisiana Tech in 2018. Scott picked up the slack down the stretch of the 2019 campaign and did his best work in the pass game, where he earned an 85.3 receiving grade and forced eight missed tackles on 27 catches. Expect more from Scott catching the ball out of the backfield this season.

Corey Clement is a depth piece who played just three snaps last season. He did his best work as a rookie in 2017 with a 74.1 overall grade. The Eagles have a solid group of backs, including multiple options who can help in the pass game.