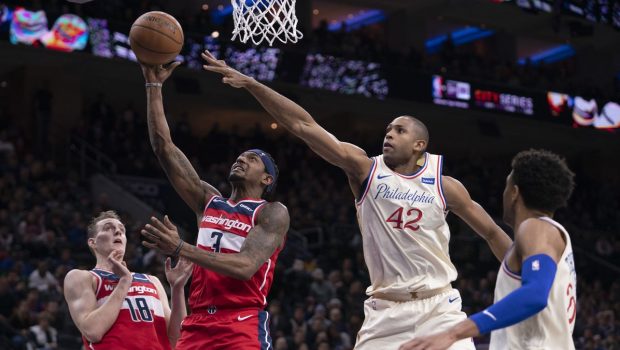 WHY DO THE SIXERS LOOK LIKE A LOTTERY TEAM ON THE ROAD?

Are the Sixers a contender or a pretender?

But they will be without Joel Embiid for at least another week as he recovers from a torn ligament in his left ring finger.

Outside of Monday’s game in Indiana, four of the 76ers’ next opponents — they play the Nets twice, the Bulls and the Knicks — are teams below .500.

But with or without Embiid, the Sixers resemble a lottery team on the road.

They have now lost six straight road games and dropped to 7-14 on the road this season. In those road losses, the 76ers shot 27% from 3 and averaged a point differential of minus-9.6.

That is a sharp drop-off from the 45.3% that Philly shot from 3 at home in last week’s wins against Oklahoma City and Boston.