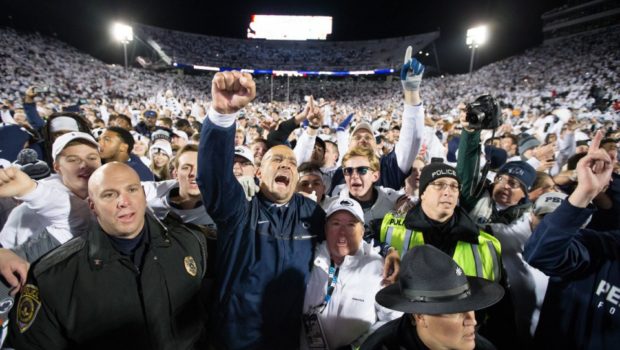 WHY DO THE OTHER COACHES HATE PENN STATE’S JAMES FRANKLIN?

The Penn State coach was voted the most overrated in college football in an anonymous CBS Sports poll of fellow coaches last weekend. He shared the title with Florida State’s Willie Taggart. Both men received 20 percent of the vote in a poll of one-fifth of the 129 active head coaches in the Football Bowl Subdivision.

One anonymous coach, in particular, was pretty harsh in his critique. “His coaching peers know he is full of it,” the coach wrote.

“When [Franklin] got the Penn State job, I thought, ‘Man, he’s a good marketer.’ He did a nice job with that,” wrote another. “It’ll be interesting without Saquon [Barkley]. He’s underrated. He turns a lot of no [-gain] plays into 60-yard touchdowns.” 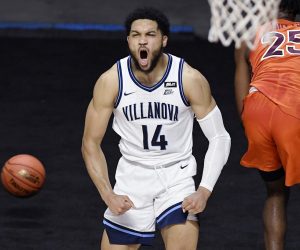 UP 12 WITH 9 TO PLAY, NOVA GETS BOUNCED IN BUBBLEVILLE! 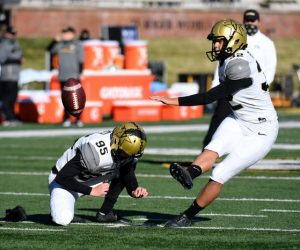 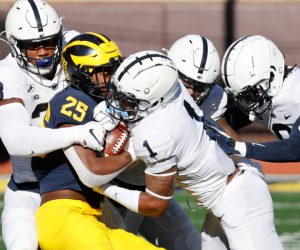 HERE’S HOW PENN STATE WON ITS 1ST GAME OF THE SEASON!