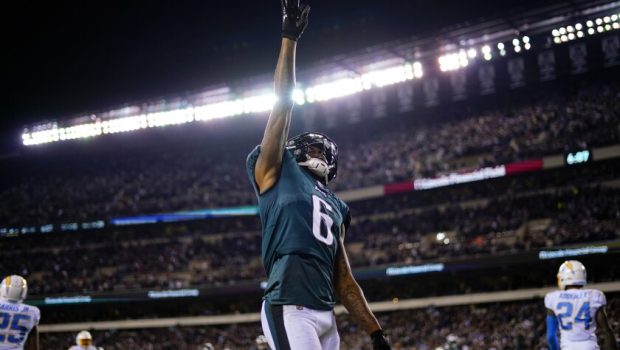 WHY DID EAGLES DRAFT DEVONTA IF REAGOR GETS KEY TARGETS?!

The receiver reportedly tossed his helmet in disgust after Jalen Reagor dropped two easy passes at the end of the Giants win on Sunday.

Jalen Hurts was the cause for a lot of the woes in the passing game, but his receivers didn’t help him out a ton, either.

Rookie standout Smith only had two receptions for 22 yards and two first downs.