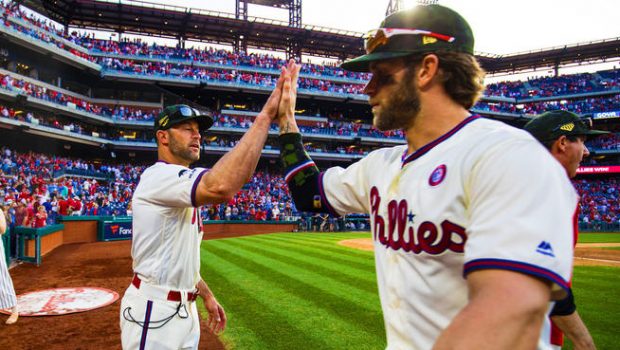 WHY BOOING PHILS BRYCE HARPER MAKES US ALL LOOK BAD!

As a native Philadelphian and lifelong sports fan, I heard booing for the first time at the first 76ers-Celtics game I ever attended.

The men in green were walking out of the tunnel to the court. It was loud and it was real. After getting our brains beat in by Boston for years, I instinctively understood it, and joined in.

Booing Bryce Harper I don’t get.

Harper chose to play in Philly instead of some top teams and more money. The Giants and Dodgers offered him more but he signed on to be in red pinstripes for 13 years, a huge commitment all the way around.

Harper strikes out a lot, but so has every other power hitter in the history of the game.

The fact is the Phillies have been in 1st place since opening day, and he has lots to do with it.

As of today Vegas makes the Phils the second best pick to win the National League pennant, not too shabby for a franchise that hasn’t sniffed playoff competition in nearly 10 years! How can that elicit booing from the crowd at CBP?

Harper has energized the 2019 Phillies with more energy since the days of Pete Rose free agent signing back in 1979.

Now the Phils have a legit chance to win every time they take the field. But Harper’s getting it from the Philly sports fan.

“Phils fans give a crap, I love that!”

It’s time to start showing Bryce Harper the same by not booing his contribution to this baseball team.

It just makes us all look bad. 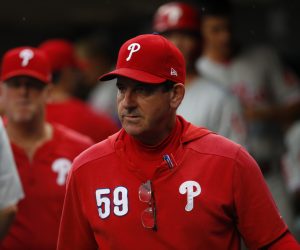 IF PHILS ROB ISN’T MANAGER OF THE YEAR, THERE SHOULD BE A RECOUNT!