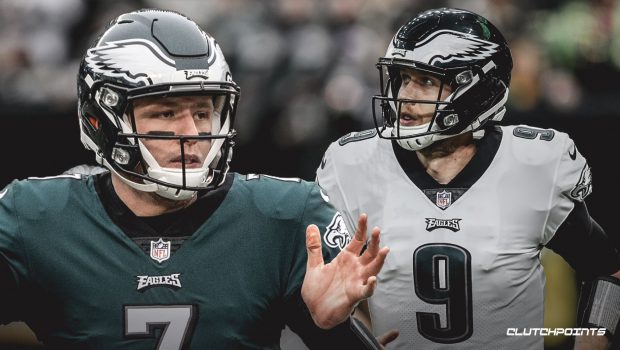 BACK-UP QB IS ONE OF THE MOST IMPORTANT POSITIONS ON EAGLES!

I think I had this opinion as I left Eagles’ camp: Nate Sudfeld is one of the 10 most important players on a very strong roster.

So that was a very bad thing that happened in the preseason opener, Sudfeld breaking his left wrist and being lost for part of the regular season.

Now the Eagles will have to hope Cody Kessler, who was imported as insurance/third-QB purposes only, can hold the fort till Sudfeld gets back.

Luckily for them, Sudfeld should be back by late September. For those who think it’s silly that a backup quarterback is one of the 10 most important people on the roster, just remember the last two mid-Decembers, when Carson Wentz was lost for the season.