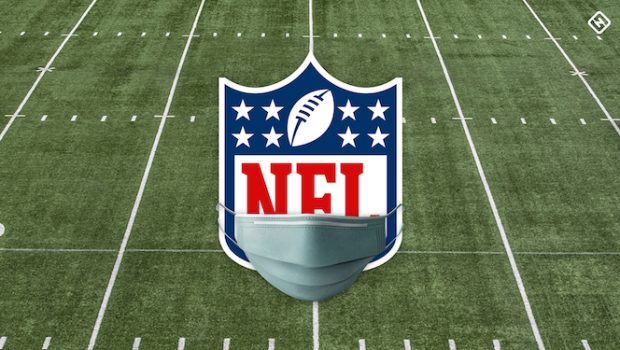 WHY AREN’T NFL PLAYERS GETTING VAXXED FOR COVID? FANS HAVE TO

Although there are no official numbers from the NFL, Ben Volin of the Boston Globe hears that the league is generally struggling to get its players vaccinated against COVID-19.

Two agents that represent several dozen players between them believe less than half of the league has gotten a vaccine, and longtime agent David Canter — who represents around four dozen players — said, “Man oh man, it’s been hard to get my clients to get vaccinated. Guys are going to do what they’re going to do. They’ve never been guys who are going to kowtow to whatever the public or whatever coach wants them to do, unless their job is on the line.”

Dan Graziano of ESPN.com recently laid out the differences in protocols for players who have been vaccinated versus those who have not. Notably, players without the vaccine are subject to daily testing and physical distancing requirements, and if they have been exposed to the virus, they must be quarantined.

Volin says that the league and union continue to negotiate the threshold at which COVID protocols can be dropped completely, and that one potential number is 85%. In other words, if 85% of a team’s players are fully vaccinated, that team would no longer have to worry about the protocols.