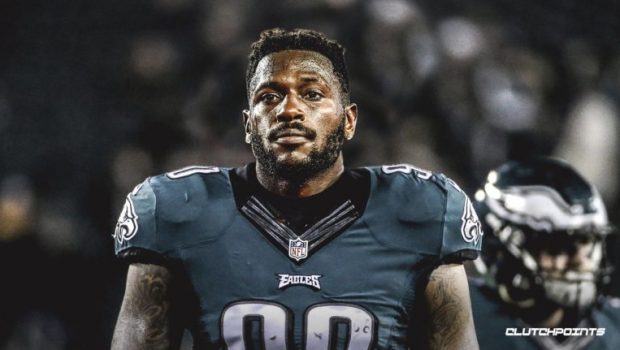 WHY AREN’T EAGLES TALKING TO STEELERS ABOUT ANTONIO BROWN?

The Pittsburgh Steelers and Antonio Brown have agreed to part ways.

And according to Mike Florio of Pro Football Talk, the Steelers want to deal the perennial Pro Bowler to a team in the NFC.

With the team recently admitting that only three teams have expressed interest in trading for receiver Antonio Brown even though owner Art Rooney II made it clear that Brown is available six weeks ago, the Steelers want to trade him only to an NFC team.

Once the trade rumors surfaced about Brown potentially headed elsewhere, Pittsburgh was said to have no interest in trading the star wideout within the AFC North division or the six-time Super Bowl champion New England Patriots. This makes a lot of sense considering they don’t want to make their toughest competition in the AFC that much stronger nor teams they played twice a year.

However, it remains to be seen whether any teams in the NFC are interested in bringing in Brown. There’s no question he’s among the elite players in the league at his position, but he comes with a fair amount of baggage after this very public ordeal with the Steelers.

If the latest rumor is to be believed, there are three teams interested in acquiring the 31-year-old. Only time will tell if they are in the NFC or any teams actually linked with Brown like the San Francisco 49ers.