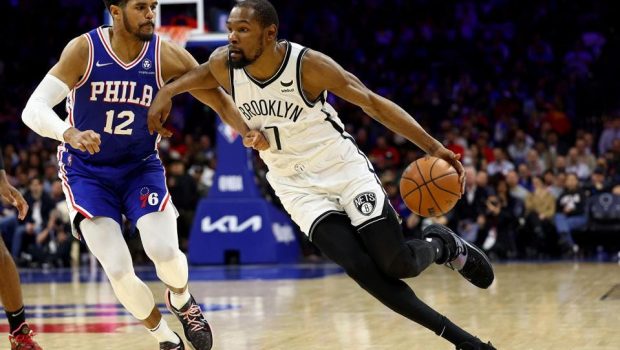 When word broke yesterday that Kevin Durant considers the Sixers an acceptable landing spot after he has burned every bridge in Brooklyn, rumors started flying.

Tyrese Maxey would have to be in the deal was the general consensus.

Maxey has proven to be a star, and Daryl Morey and hundreds of thousands of Sixers fans should push back.

But Tobias Harris is a perfect fit.

He is still a useful if limited player, but he likely has negative trade value with two years and $76.9 million remaining on his contract.

Matisse Thybulle is heading into the final year of his rookie contract and is an elite defender, but his offensive limitations made him a non-event in the playoffs.