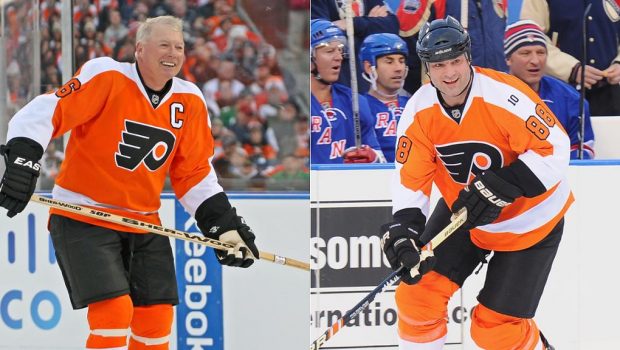 There have been many great players who have donned the Flyers sweater over the years, with a few even going into the Hockey Hall of Fame.

There are two men, though, who are franchise-defining talents in their respective eras for the hockey club and are interwoven with the history of the Orange and Black. Those two are Bobby Clarke and Eric Lindros.

Both were faces of the franchise who gained NHL fame for what they were able to accomplish on the ice. While both men have long since retired, they helped make history and shape the league into what it is today.