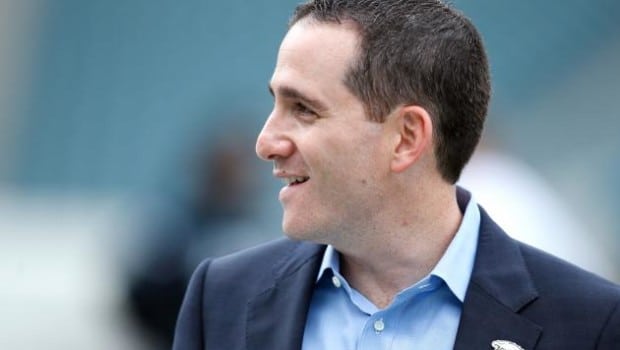 Word from the Senior Bowl press tent in Mobile, Alabama, seems to imply that the woeful Howie Boy Roseman, a fantasy football player and Jeff Lurie butt boy, is now in charge of the Eagles’ personnel decisions again.

“An incredibly talented guy, obviously. He’s got a lot of things you’re looking for. Now he’s got an opportunity to go against some of the best guys in the country, so for him to come here, learn a pro system, get acclimated with it quickly…it’s a challenge for quarterbacks in these games.”

“Sam’s a good player. Coach spoke about it, and we talk about experts in quarterbacks, you talk about a guy that played the position, a guy that has coached the position. We’re very fortunate about the amount of quarterback expertise that we have on this staff. We’re able to get their opinions fresh and then know that it’s a very talented guy that obviously finished the season strong. We hear from his teammates as we met with them that they liked him as well. That all kind of factors into it but it’s still early in the offseason, so we’ve got a lot of decisions to make and that will be part of the process.”