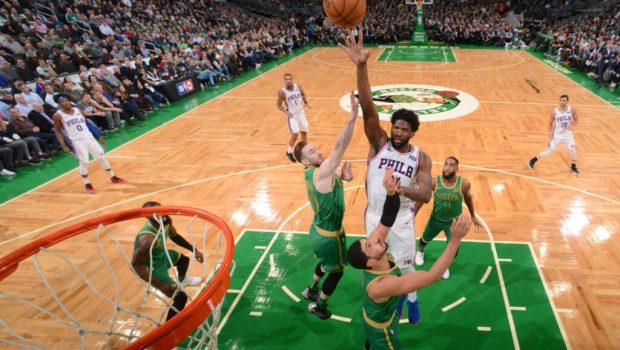 WHO WILL HELP JOJO EMBIID AS SIXERS TAKE ON THE CELTS?

Given how erratic they have been throughout the season, it was hard to believe that the Sixers had much of a chance in the Eastern Conference once the campaign resumed.

Now that Ben Simmons is out for the season with a knee injury, that’s magnified even further.

Who will the Sixers be able to rely on behind Joel Embiid on offense? Is he going to be enough to take out the Celtics?

Don’t bank on it.

Boston boasts one of the best young players in the game in that of Jayson Tatum.

Fellow wing Jaylen Brown is morphing into a star. The team is well-coached with the recently extended Brad Stevens manning the bench.