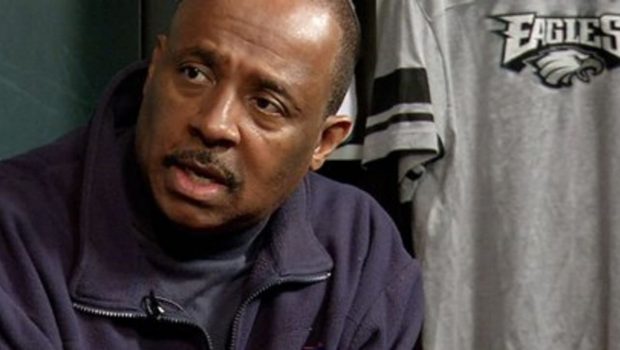 WHO DO YOU TRUST ON EAGLES? DERRICK GUNN OR ANYBODY ELSE!

Derrick Gunn is one of the best Eagles reporters this side of Ray Didinger.

And he reported last Friday that he “had heard” that QB Jalen Hurts didn’t exactly light it up during a May OTA.

I still believe Derrick Gunn, who, by the way did not say these were his opinions, but those of an Eagle at the OTA.

That’s not only acceptable journalism here in 2022.

It would have been for Woodward and Bernstein in 1972.

During an appearance on JAKIB Media’s Sports Take alongside Rob Ellis and Barrett Brooks, D-Gunn explained:

GUNN: I know it’s a controlled environment. And, like I tell you guys all the time, I don’t get too hyped about OTAs, minicamp, and even training camp. Because it’s controlled.

But when I asked a few people back in late May about where Jalen Hurts was in his progress, one person said ‘Let me just give you a scenario of what he went through in one day of practice. It’s a 10 play scenario. He had three picks, four incompletions, and three sacks.’ That was his 10 play series, OK.

And I followed up with ‘So what are you thinking?’ And the answer was, the direct answer was: ‘He’s got a ways to go.’ And that’s not very encouraging when you hear all this offseason news [about how] he’s working with this quarterback guru, he’s working on his mechanics, he has a second year in Nick Sirianni’s playbook.

BROOKS: This is OTAs when you heard that?

BROOKS: I hate that you told me that, Gunner, and I don’t want to believe it. And you just said it verbatim so I know you’re not lying to me.

GUNN: Yes. So, you heard the same thing?

GUNN: See, OK. So, you know what I’m talking about. And I’ve said this on the record many times: I first and foremost want to see Jalen Hurts succeed because all of the negativism out there surrounding him right now. ‘He sucks.’ You hear more of the ‘he sucks’ than ‘he’s the quarterback, the answer.’ And because of how this young man carries himself, I want to see him succeed because of that.

But I when get this breakdown on him, I’m like, if he’s doing this in a controlled environment, what he’s going to do when he’s got to make decisions in a fraction of a second? Because he’s not going to play much in the preseason. You can forget that.

ELLIS: Not at all. I’m with you. I’ve had this internal struggle because you want this guy to succeed if he’s on your team. He’s that kind of human being, he’s that kind of person. But …

BROOKS: You’re right. I want him to, too.

ELLIS: This is Sir Mix-a-Lot we’re talking about. For my old school people.

BROOKS: A Bertha but.

GUNN: This is a big but with this quarterback, man. And this organization is not very comfortable right now with Jalen Hurts.

Now, there’s a lot of time between now and training camp and the regular season. But, as of right now, the results have been iffy on this guy.