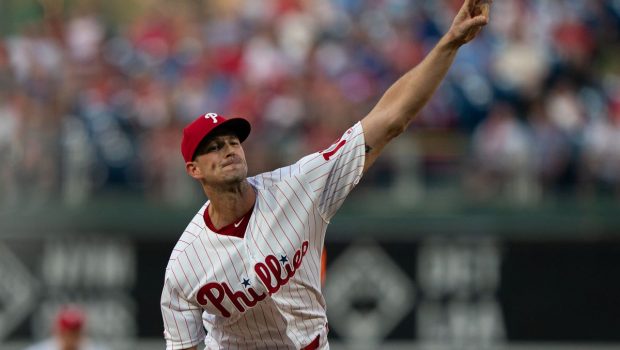 If the weekend series, losing two of three games to the lowly Chicago White Sox, proved anything, it is that “playing Philly baseball” ain’t cutting it.

Since the All-Star break, they have a 6-15 record that has knocked them from NL East contenders to a team fading from contention for a playoff berth.

The Phillies are still in the NL wild-card hunt but lost two of three at home to the below-.500 White Sox.

The Phillies have scored three or less runs in 11 games since the All-Star break and left a whopping 27 runners on base over the three games against the White Sox. It’s not what they planned when they spent $330 million to bring Harper aboard and fuel expectations they could make a serious playoff push for the first time in nearly a decade.

But the disappointment of the season hit hard yesterday when the Phillies made the surprise demotion of starting third baseman Maikel Franco to Triple-A Lehigh Valley. Franco was hitting just .231 with 15 home runs and 47 RBIs (mostly batting eighth in the lineup) in 102 games. Franco was once projected as a cornerstone player for the Phillies, appearing in more than 150 games in both 2016 and 2017. His best season came in 2016 when he hit 25 home runs and had 88 RBIs.

They sent Drew Smyly (2-6) to the mound for his third start for the Phillies – a castoff expected to hold the fort for a crumbling rotation. The Phillies have at one point sent three members of their opening day rotation to the bullpen, and Jake Arrieta is pitching through a sore right elbow.

Smyly allowed five runs in the second inning, four of them on Garcia’s 431-foot blast that landed just shy of the outfield concourse. Garcia’s seventh homer of the season was his first career grand slam.

”We were just one or two pitches away from a much different outcome,” Smyly said.