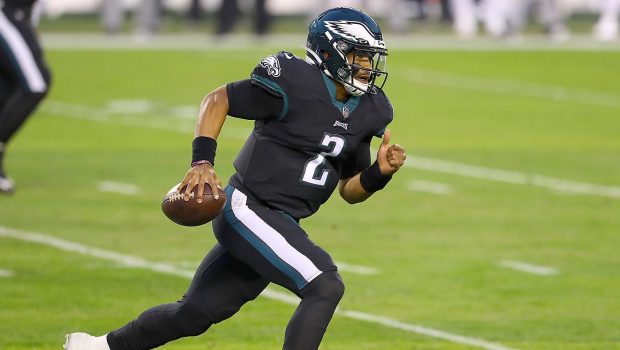 WHILE EAGLES TRY TO TRADE WENTZ, HURTS IS FILLING THE VACUUM!

The Eagles are busy trying to pawn Carson Wentz onto some goofy general manager who hasn’t been watching the quarterback’s spiral into mediocrity these past two years.

And the Birds other quarterback is filling the leadership vacuum.

John Clark of NBCSP recently reported that “a group of the Eagles young receivers” plan to work out with quarterback Jalen Hurt in Texas, at some point in the next month.

No similar reports have surfaced regarding Wentz. Presumably, that’s because Wentz still wants out and because momentum has pointed in the direction of a trade for a while now.