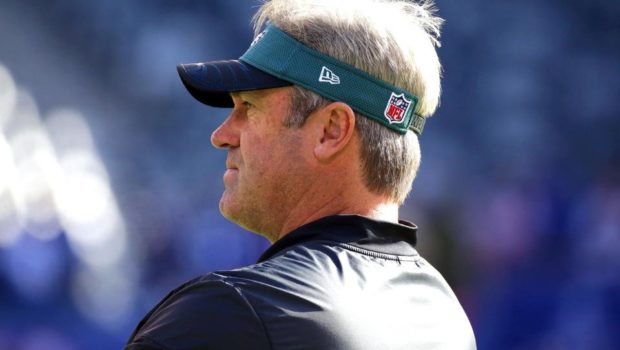 It’s Super Bowl week and the Eagles as usual aren’t here to play.

Where’s coach Doug Pederson, and what does his absence in Houston say about the state of play in the front office?

Rumors of discord among the team’s leadership structure have surfaced. Fans have turned to debating with one another on social media about whether or not Eagles owner Jeffrey Lurie is meddling with football operations. Sports talk radio stations have discussed the same thing. Then there’s Howie Roseman, the executive vice president of football operations, who’s been enjoying his recent reprieve from football purgatory.

There have been no real postseason press conferences. We don’t hear him on the radio every week anymore. The scouting team didn’t even think to take him with them when they attended the most recent Senior Bowl. It probably would have been nice to have the head coach there.

Roseman’s approval rating continues to fluctuate. Quarterbacks coach John Defilippo is being held hostage by the owner. The Eagles have hired Mike Groh as their wide receivers coach, and we’re not even certain if he’s better than the guy they just fired.

Uncertainty is everywhere, but as we remove the word rookie from Pederson’s head coaching title, we await an off-season.

This will, no-doubt, be the Eagles most important draft in years. Do the Eagles have a coach that has no say in who the players are on the team? Is Roseman completely in charge of staffing player personnel? Is the owner, in what’s becoming a growing impatience towards winning the Super Bowl, becoming more involved? How much power do Roseman and Pederson have?

We’ll keep an eye on it, but one thing’s certain. If they want him to cook the meal, they might as well let him go to the grocery store. We jut have to find him first.