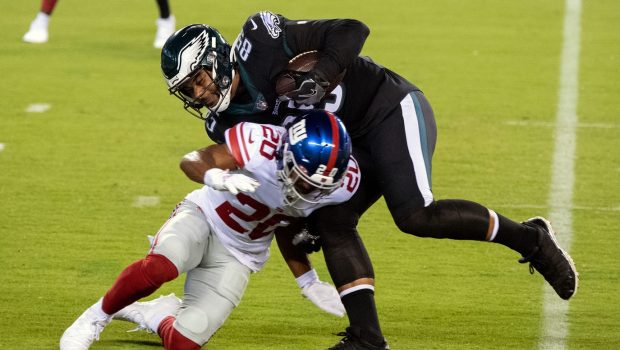 WHERE WOULD THE EAGLES BE WITHOUT TIGHT END RICHARD RODGERS!

So where would the Eagles be without back-up tight end Richard Rodgers?

He picked up the slack against the Giants by leading the team with six catches for 85 yards.

“I’ll tell you what, he played tough, physical. He played fast. He made some really good catches. Not only some short, intermediate catches, but the deep throw in the fourth quarter to help us win that football game,” coach Doug Pederson said. “I’m really glad Richard is on the team. He’s a good complementary piece when both Zach and Dallas are out there. He filled in really well. Expect more of that hopefully moving forward with him in that position.”

A third-round pick of the Packers in 2014, Rodgers had more catches just twice in his career before Thursday night. His last game with at least six receptions was November 6, 2016. The 85 receiving yards were the second most of his career, only bested by a 146-yard outing on December 3, 2015.