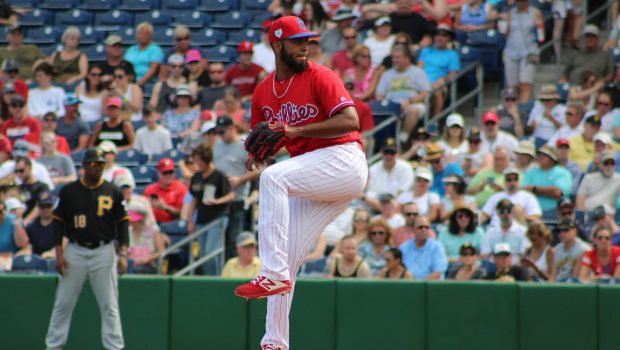 WHERE WOULD PHILS BULLPEN BE WITHOUT SERANTHONY DOMINGUEZ?

Seranthony Dominguez has been a rock in the Phillies bullpen all season.

Until Wednesday afternoon, when he allowed a run to score on a ground ball that snuck through the infield, Domínguez had not allowed an opposing player to cross the plate since July 10.

In that time, the Phillies reliever made 11 consecutive scoreless appearances. He faced 38 batters and struck out 12. Opposing hitters slashed just .091/.210/.152 against him.

Unsurprisingly, the Phillies won 10 of those 11 games.