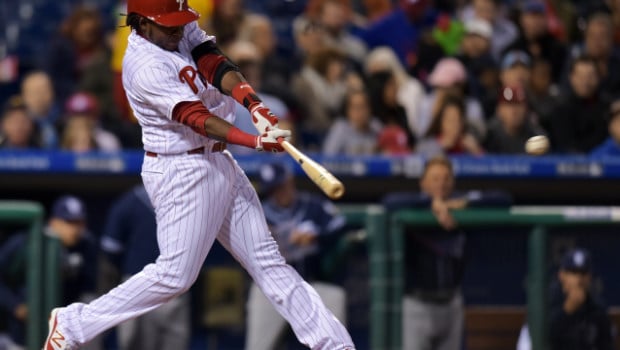 WHERE WOULD PHILLIES BE WITHOUT MAIKEL FRANCO’S OFFENSE?

It’s been quite a first week-and-a-half for Phillies third baseman Maikel Franco.

On another night when offense was hard to come by, baseball’s spring breakout star delivered both runs in support of Jared Eickhoff’s gem.

After slugging nine home runs in spring training, Franco blasted his second of the regular season over the left-field wall in the first. That extended his on-base streak to nine — every game to start the season — but he wasn’t done.

His second RBI of the night came his next time up, as he doubled in Odubel Herrera, who had singled and advanced to second on an errant throw from Padres second baseman Cory Spangenberg.

“I’m feeling pretty good, hitting the ball pretty good,” Franco said. “I want to continue to do that, continue to make adjustments on the pitches and try to be ready every single day.”