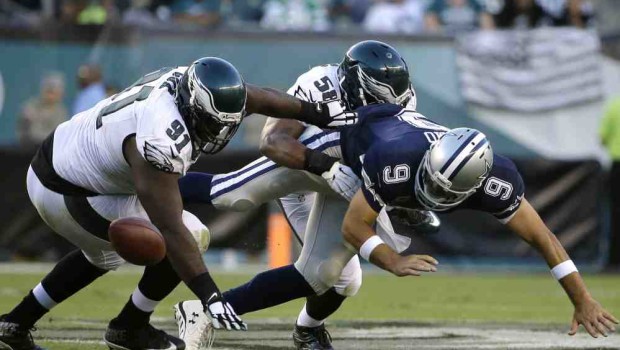 WHERE WOULD EAGLES BE W/O JORDAN HICKS, STEAL OF THE DRAFT?

That might sound like blasphemy to Eagles fans, although Kendricks does has a very hard time staying on the field due to injuries.

So the pick Jordan Hicks in the third round of this year’s draft looks like a genius move.

Hicks was selected with the 84th overall pick from Texas. There were some highly-regarded guards still on the board, a position of dire need for the Eagles.

Inside linebacker hardly seemed like a need. DeMeco Ryans just had a year added to his contract. Kiko Alonso was just acquired in a trade for LeSean McCoy. And Kendricks was about to get a contract extension.

“I know some people looked at us (and asked) why are we drafting him in the third round,” Kelly said Monday when asked about Hicks.

“We thought we got a steal in the third round. He was our highest rated guy for a reason, we talked about him. He’s a three-down linebacker. We thought he could come in here early and contribute on special teams, which he was doing. But he’s playing a lot now on defense because of Kendricks (hamstring) and Kiko (knee) being out. But, he’s kind of what he thought he was going to be coming in here, and we were excited about him.”

Hicks has played defense in the past four games for the Eagles and has managed to make a play in all four. He had a sack, the sack that broke Tony Romo’s collarbone (above), against the Cowboys and also forced a fumble on the play. He had an interception and a fumble recovery against the Jets. And he’s recovered fumbles against both the Redskins and Saints.

When Alonso and/or Kendricks is healthy, it’s going to be tough to get Hicks off the field.

“I hope we get to that point,” Kelly said. “I mean, you could say the same thing, but DeMeco and Hicks could get hurt next week. That’s why we never worry about — just tell us who’s available and we’ll go from there. But, having too many good players is a good problem to have.”