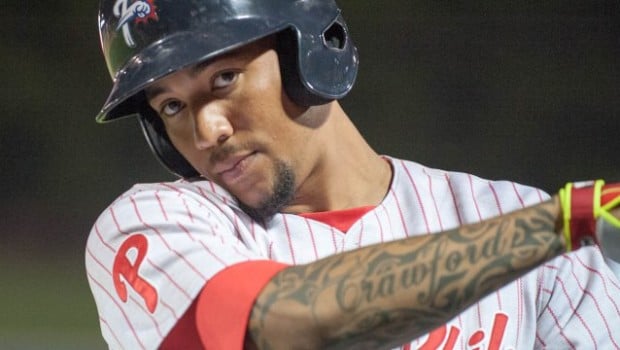 The question on the lips of Phillies fans everywhere is:

When will we see red-hot prospect J. P. Crawford?

Crawford has continued to control the strike zone at an unusual level for his age — he’ll play the entire season at 21 — and earned a promotion to Triple-A last week, even though his average was just .265 for Reading.

He’s still an outstanding defensive shortstop with great instincts, though now that he’s at a higher level, he should get a little more aggressive when ahead in the count because he has good bat speed and a little more power than you’d expect from a middle infielder.