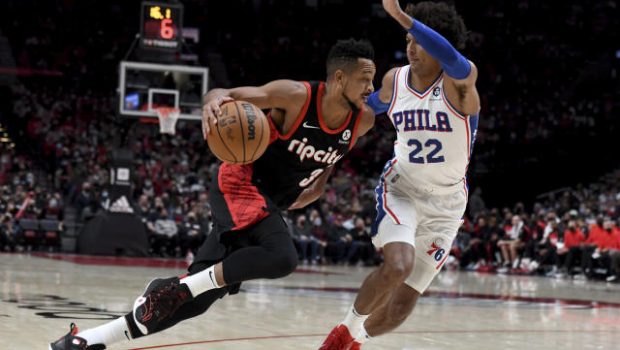 Matisse Thybulle has actually regressed offensively since he was drafted with the 20th pick in 2019.

When he’s on the court, the Sixers are playing 4 against 5, just as they were forced to do when Ben Simmons was with them.

… Thybulle is nothing more than a perimeter defender. He’s a terrific one, maybe the best in the league, but he is so one-dimensional that he has rendered himself useless half the time he’s on the floor.

“His offensive game has stagnated at best and regressed at worst since he entered the NBA, and his ability to give the Sixers a shot in the arm was limited last season by his unwillingness to get one himself.

“In another set of circumstances or conditions, perhaps the Sixers could afford to be patient with Thybulle, to give him more time to develop a jump shot.

“But they don’t have that kind of time, not with these iterations of Embiid and Harden, not with Thybulle’s contract set to expire after next season, not with the team’s lack of depth.

“That final factor is the most frustrating of all.

“It’s the reason that Morey’s attempts to improve the team now can’t be isolated from all the turbulence and misguided machinations that came before him.”