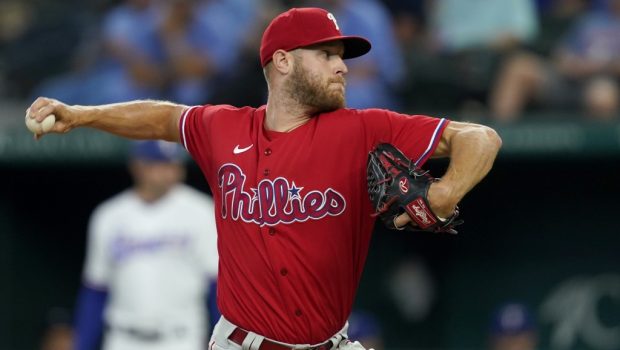 WHEN THE WHEELS COME OFF, PHILS DON’T HAVE A CHANCE!

Zack Wheeler (8-5) allowed six runs and seven hits in 4 2/3 innings to lose for the first time since June 22 at Texas.

“They worked him pretty hard,” Phils manager Rob Thomson said after the 8-2 loss to the Jays.

“He started out really good, he was throwing the ball well, just started missing locations.”

The right-hander entered on a scoreless streak of 17 1/3 innings and kept Toronto silent until the third, when Raimel Tapia snapped Wheeler’s run with an RBI fielder’s choice.

Vlad Guerrero went deep on an awkward, one-handed swing on a Wheeler slider to begin the fourth, his 20th, and shrugged about the improbable homer when he returned to the dugout.

“You’ve got to expand with him, get off the plate, because he’ll do just that,” Wheeler said. “He has the power just to basically touch the ball and it’s going to go.”

Hernández followed Alejandro Kirk’s single with a drive that bounced off the top of the center field wall and went out.

Bo Bichette singled home a run in the fifth and Guerrero added a sacrifice fly as Wheeler gave up the most runs he’d allowed since Miami scored seven against him on April 17.