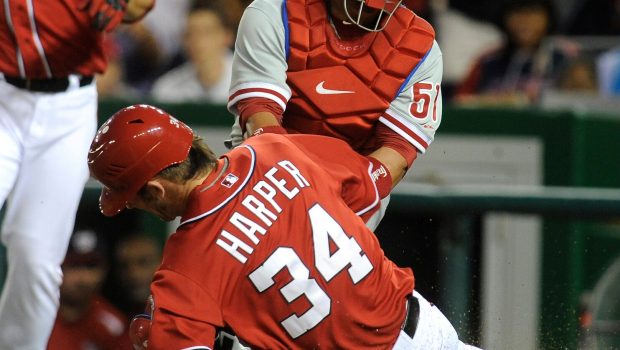 Cole Hamels was a Phillies star pitcher and Bryce Harper was a skinny 19-year-old who had been anointed baseball’s next superstar after being drafted by the Nationals.

Hamels sent a 93-mph fastball to the back as a message.

“Looking back, I was fairly shocked at him hitting me,” Harper told the Washington Post in 2015.

“I thought I would get it from somebody, just because of who I was. But I didn’t think it would be Hamels.”

Ten years later, Harper is a Phillies superhero leading the team to the World Series against the Astros.

The NLCS MVP has a message for you pic.twitter.com/di1WYu9Hxq

How Philly was introduced to Bryce Harper. Imagine finding out 10 years later that he’s one of the city’s all-time sports icons. pic.twitter.com/wAErkyE9mI