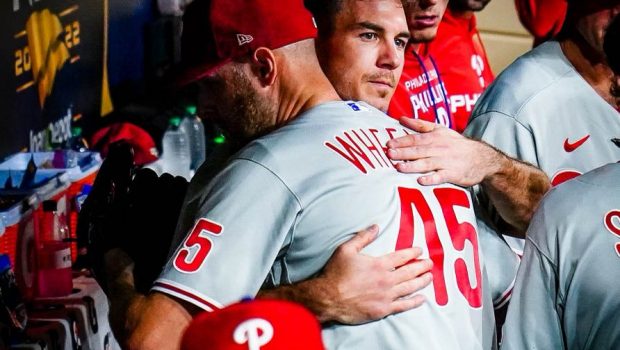 Zack Wheeler delivered in the Phils victory over the Padres in Game 1 of the NLCS on Tuesday night, allowing just one hit over seven shutout innings.

The 32-year-old hurler punched out eight on the night while issuing only one free pass.

The only hit against him came on a one-out single off the bat of Wil Myers in the fifth inning.

Wheeler needed just 83 pitches to get 21 outs in this one, getting 10 swinging strikes and posting a CSW of 33 percent.

He’ll get the ball again in Game 5 of the series on Sunday — provided the Phillies don’t decide to bring him back on short rest before then.